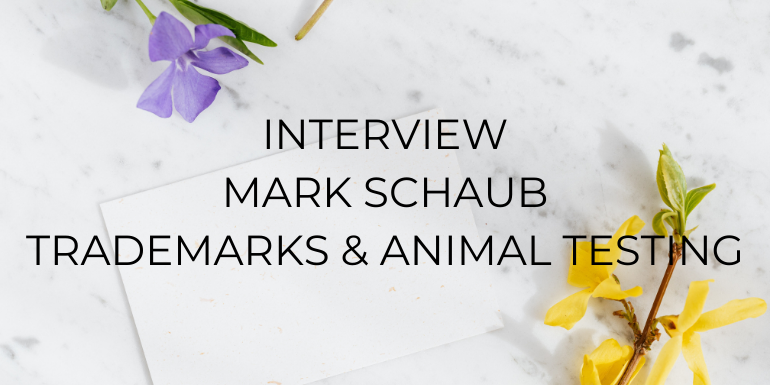 Welcome everyone today to my interview series. I’ve got Mark Schaub here. He’s an international partner at King & Wood Mallesons and a true China veteran.

I’m very excited to have him here because he has extensive experience at helping foreign beauty brands to the China market both from a trademarking perspective and also by his own admission, his personal passion is helping guide brands through avoiding animal testing.

The first question I had was on trademarks because it’s something that Brands, often come to me on. Either they’ve got an issue already or they are keen to understand what they should do.

With trademarks there is often a lot of difficulty in China because of the difference in the way that the system works.

For Beauty brands What are your top tips when they are entering china?

Yes, I think the first thing is with the Chinese trademarks, the big differentiation with most western systems is it’s a first to file rather than a first to use and a lot of Brands don’t bother about filing the registration in China, which is perhaps the biggest single mistake that these companies make.

It’s relatively inexpensive around 600 – 700US dollars per class per category and that will last 10 years. I think that’s the first staging problem.

The second issue people think it takes a long time to get the registration, but that’s not really the case. It takes around 12 months but a lot of that time is potential opposition review time.

I think the first thing to do before you start talking to a distributor or much less enter the market, check  yourself if your trademark is available and do the registration as quickly as possible.

Yes. It’s certainly something that even big brands often leave till it’s too late. If a brand has a problem with their trademark in China, they find that it’s already been filed and there’s a dispute.

What is the best course of action?

Firstly, you have to look at the situation, it used to be that even large brands wouldn’t of registered in China, but that’s less the case nowadays. I think it’s mostly the small to medium ones who don’t really think about it. The bigger ones now are aware of it.

I think if I was with the brand which had a certain level of  fame in overseas markets, this may be counterintuitive, but I would try to buy the trademark from the Chinese side.

Litigation will take a long time. It’s uncertain and  if you do it incorrectly you may successfully knock out their registration. Just to have somebody else swoop in and get the registration because their ahead of you the queue so that’s difficult for a lot of people because they often feel emotional about it.

But I think you have to look at the case. It is possible to get trademarks squashed for bad faith registrations, you know the trademark squatters.

But like I say that can really slow you down. Also, which I did mentioned just before but the other thing it’s very important to have your Chinese brand so most small and medium sized companies wouldn’t have that yet.

And I think also work out and it can be inexpensive, work out your Chinese name make sure it’s available.

A lot of people get frustrated because even though the Chinese language is so different from the English they often feel wedded to a name which they just came up withand China is the number one trademark country in the world.

If you think it is a short punchy and good name, there is a high risk that somebody else has thought the same thing. Before you start marketing it and launching it come up with a Chinese name to make sure you’ve got the right applications.

That’s a good one. Obviously you need to trademark your English name, but also do that due diligence in that first process of working out what your Chinese name should be and then doing that, that’s very key.

Okay, on trademarks as you touched on it’s an emotive topic, but it’s something that brands should just get on and do. Even if they’re not looking at to enter the market yet as you say If they’ve got some degree of recognition in their home market, if you’ve got, you know, $700+ just go ahead and  trademark it.

Better be safe than sorry. Even if you’re a small-medium sized company, I realize there are investment restraints, but I think really if you ever think China would be a possible market for you at least for your English name register that because the Chinese name, can always be I dealt with later.

Onto the the second part which is really about getting into the China Market without animal testing and something that you said that you’re particularly interested in.

I know that it’s it’s something that all the brands I work with are cruelty free brand. We mainly do Cross Border Ecommerce. With the new changes coming in 1st of January next year with CSAR I think things are not fully clear yet.

From your perspective, are there some headlines that brands should really be looking at?

Nothing about animal testing unfortunately. Cruelty-free it’s not a legal term. Here can be differences of opinion on what is a cruelty free brand..

I think some of the organization’s even have more strict controls and definitely some of the beauty bloggers have stricter requirements than others. I think you also know my friend Mette Knudsen who does together with CFI in the UK a pilot project in Shanghai where they’re helping UK Brands, primarily at the moment to enter the China Market through this leaping bunny project.

And basically it takes advantage of the exemption that Chinese domestic Beauty manufacturers are exempt from animal Testing for non-special use Cosmetics. Which is for most Cosmetics except for skin lightening and things like that.

I think that’s an interesting model for people who want to enter the market in that way and I think something which I’ve seen a bit in recent times is a lot of the big brands own other brands which are more bespoke.

And even some large brands are moving to cruelty free within China. So used to be always this kind of, slightly weasel wording like our we are cruelty free unless it’s required by the government which was always China.

But a lot of those guys are now using the domestic exemption. I don’t think China is going to outlaw animal testing in the near future. They’ll probably only do it if they become such a powerhouse of export that it’s a problem for them to export to places like Europe, California, Australia.

Okay, that’s interesting, because I know that there are different thoughts around especially non-special use cosmetics there’s a lot of hope that CSAR will bring non animal testing route to market quicker.

I think they’ve always wanted that, I mean people have always been hoping but you know,

I think the first article I wrote about animal testing stopping was like 15 years ago. I’m a little bit jaded now.

I think it’s something that perhaps the consultants and other people put out there because it attracts a lot of eyeball attention. I don’t know if people actually find the evidence of this happening.

Yes. It’s as you said, something that has been going on for a long time and there’s a lot of hopes pinned on it. But at least nowadays we have cross-border e-commerce as a route and we also have Mette’s pilot project which is definitely something that some brands have done very successfully.

I think that at least there are routes to market that are cruelty free. Finally because I know that you work with different Beauty Brands and you have a lot of extensive experience with the China Market.

what trends about market entry is useful for people to know?

Yeah, I think probably the most interesting thing is this Leaping Bunny model or this model where people outsource part or a lot of the production in China.

I think probably for the Chinese consumers, you’ve actually seen a lot of the most successful cosmetic companies are Chinese, which is not a surprise to me people Western companies often think of heritage.

I mean people find that very surprising but Chinese milk is becoming much more popular than those foreign Brands. I think the Cosmetics industry what we’re seeing is a lot of Chinese people putting perhaps cruelty-free or other organic or things like that above the Heritage.

A few years ago people would say it had to be produced in France or something like that.

I think that’s softening a bit and I think what were also seeing is a lot of the medium-sized Brands, I think for small Brands it’s still difficult unless they want to do cross border Ecommerce.

But when I think size brands, they probably need a bit of a China strategy and I’m not sure of Cross-Corder e-commerce is able to penetrate the market as much as people think it’s a good way to test and get recognition.

But then again like you said about the trademark Brand is important because that’s how people search for those products is through the brand, the trademark.

And so I guess what we’re trying to avoid seeing now is people who’ve been a bit successful with cross-border trying to do the general trade and that’s why it’s important to manufacture locally because imported Cosmetics need the animal testing.

I think that’s probably an interesting area. Yes and and the point on Chinese Brands I think to me it’s not surprising either. I mean, they’re Chinese they know the consumer, they know all the ecosystems, it’s targeted at the audience.

I think what will be interesting is whether when not a luxury Chinese Beauty brand really comes to the fore front. We’ve seen a lot in the mass market but seeing what happens with the luxury sector.

Like as we said there is still there are good options now for cruelty free brands to enter the market through physical retail as well through this this pilot project and I do think that that’s something that is exciting for Brands.

Thank you so much Mark. I think there are a few nuggets in there that will really help small and medium-sized Brands coming in.

I think the main takeaways are make sure that you register your trademark as soon as you can,  your English language name and if you can then go to that next level with the Chinese name as well I think that that’s key.

If people want to reach out or find out about your services, what’s the best way to do that?

If they just put in my name – Mark Schaub and China, they’ll find me on Google or they can send me an email through Linkedin.

All right. Thank you so much Mark. 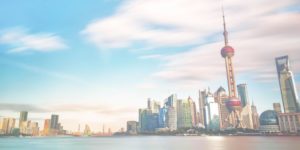 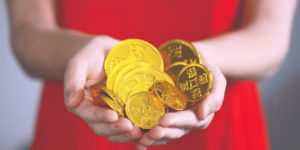 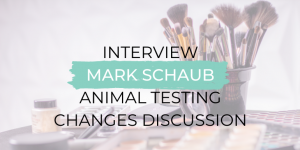