There is a huge opportunity for Halal cosmetics brands

I’ve recently been spending a lot more time in South East Asia specifically Indonesia as my husband is working in Jakarta. The potential of Halal cosmetics in Asia is huge – Indonesia and Malaysia are both predominantly Muslim with an estimated 230m Muslims in these two markets alone. Indonesia makes up the lion’s share of this with over
200m Muslims – it is the biggest Muslim population in the world. And there are an estimated 2.4 billion Muslims globally – that is a big market!

In this article I want to look at the potential of Halal cosmetics and the synergies between many natural cosmetics products and Halal.

Let’s start with the definition of Halal cosmetics. This in itself is not straight forward and most countries have different regulations but here is what I have found to be the most all-encompassing definition – If your products fit within this you should not have any issues.

Halal literally means permissible, so anything labelled as Halal is allowable for Muslims to eat or use.

Key Ingredients that are not permissible therefore not Halal are:

Pork–is regarded by the Muslim faith as impure, unhealthy and harmful for humans due to the fats, toxins and bacteria it contains. Hence anything pork derived is forbidden- Haram.

Alcohol – This gets tricky as some markets definition of alcohol includes ethanol. So, the Indonesian authorities have stated that cosmetic products may contain ethanol as long as it is sourced from natural aerobic fermentation (i.e., natural fermentation process in the presence of oxygen) or synthetic sources (i.e., prepared from ethylene oxide, acetaldehyde, acetylene) and not from the liquor industry.

Animal products or derived products – all animal products that are used must slaughtered in accordance to Islamic law which effectively means in the most humane way possible. This usually means the animal is stunned before it is killed.

Any ingredient sourced from land animals except pig as long as harvested whilst animal is alive eg: Lanolin is ok.

Anything derived from humans is also not allowed.

Ingredient that could cause harm – this is obviously a pretty loose category depending on your point of view. But some common ones that are not considered Halal are mercury, lead and hydroquinone.

So, in practice many Halal brands are using Vegan formulations with plant derived as well as some chemical ingredients as it can be quite tricky to provide all documentation needed to ensure animals were slaughtered in accordance with Islamic law.

Generally, manufactures need to have halal certification for each ingredient they use from their suppliers as full transparency is key to this process. Accountability is a big part of the Halal certification requirements.

Another key point is not only do the ingredients need to be Halal, but the actual creation process of the product must be Halal too. The manufacturing, processing and packaging needs to be done under strict hygiene conditions. For example, the utensils used must be clean and ultimately follow Good manufacturing practice (GMP).

Typically, Halal cosmetics are cruelty free as they are against animal testing. For many Muslim consumers, not only has this requirement in halal cosmetics increased the awareness of animal cruelty but has also played a critical role in shifting the manufacturing practices of many companies towards more ethical practices in general. There is a wide spread lack of tolerance for unfair labour practices and child labour in Halal cosmetics.  Also, there is a push to respect eco-friendly ingredients and practices.

Many Halal cosmetics are also free from synthetic chemicals.

This is a great opportunity for natural brands as these are all the practices most of you are already following.

The two main markets for Halal cosmetics are Indonesia and Malaysia. However, China has around 50M Muslims, Philippines up to 10M and Thailand 3.5M. With an estimated 40% of SEA population being Muslims. 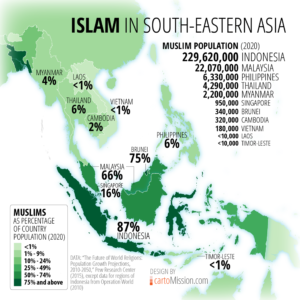 In the countries where Muslims are the minority the demographic of the Muslims might not be your target audience – for example in China the majority of its 50M Muslims live in the western province of Xinjiang and are heavily marginalised.

Indonesia announced late last year that they would be bringing in mandatory Halal certification for cosmetics by October 2019 however this has since been pushed back to an unspecified date. All imported products will need to be certified to Indonesian Halal standards which are different from Malaysian.

Malaysia does not yet have compulsory Halal certifications on imported cosmetics, but it is thought to not be far off.

Aside from the sheer size of the markets and Muslim population in Asia there are many other reasons to look Halal cosmetics regulations.

Investors are looking at this market closely as especially in South East Asia many see a relatively untapped opportunity – there is a link below to recent article.

The category that are expected to see highest growth is colour cosmetics. This is due to rising purchasing power coupled with the desire of young Muslim women to fulfil their interests in fashion and makeup whilst remaining loyal to Islamic regulations.

Although certification can be costly, I would recommend brands bear in mind this incredibly valuable target segment. There are probably many Muslims in your home markets looking for Halal products as well. The fact that most of the Halal requirements have great synergies with natural and clean beauty makes this such a golden opportunity for your brand to be one of the key Halal Cosmetics Brands of the future!

Key sources for this article:

Halal Cosmetics: A Review on Ingredients, Production, and Testing Methods

Halal Cosmetics to Avoid and what to replace them with 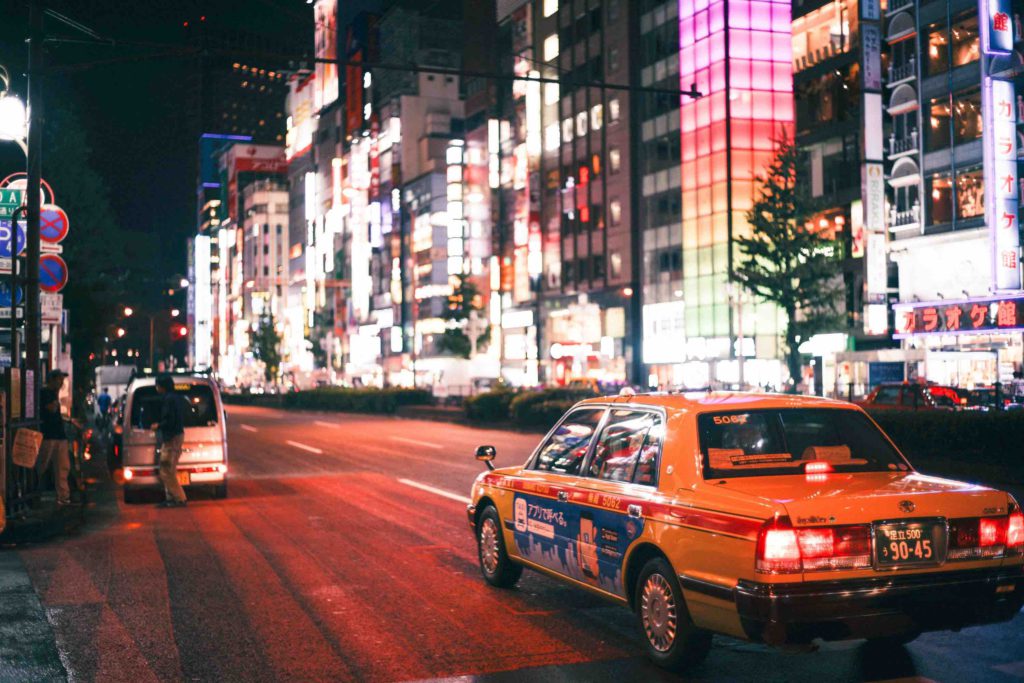 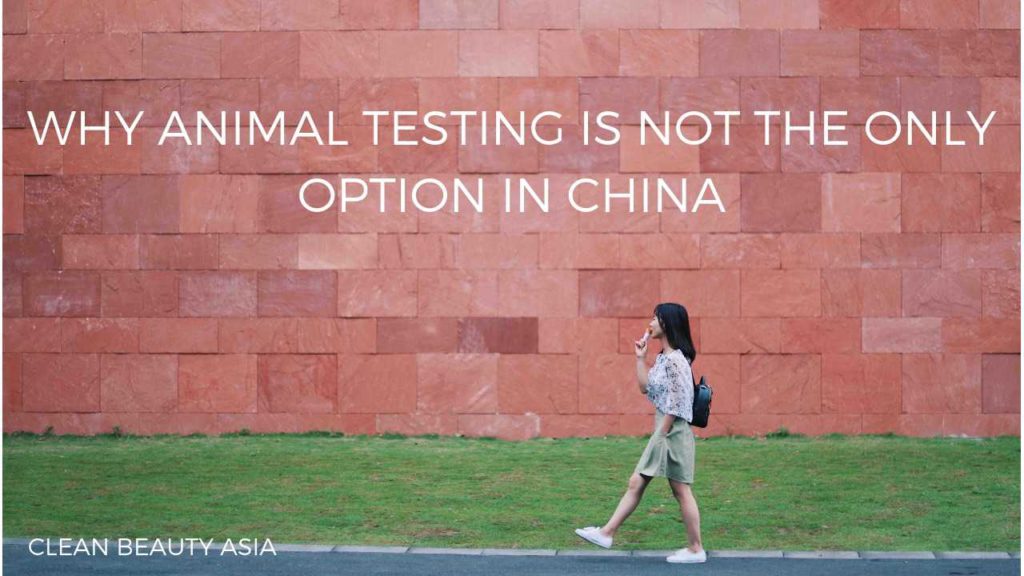 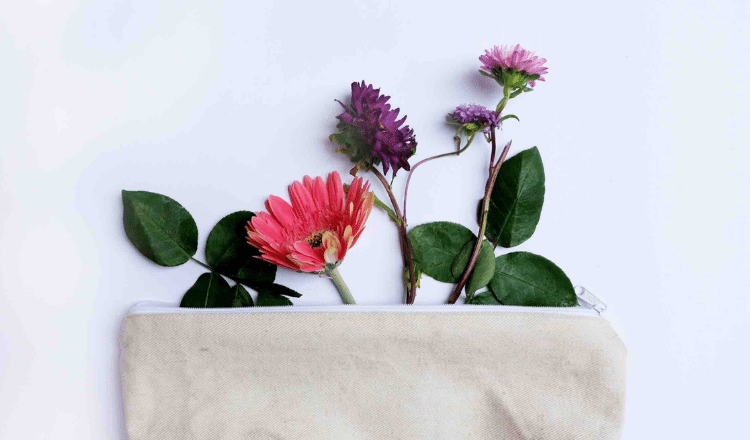 1 thought on “The Opportunity for Halal Cosmetics Brands”